Many years ago I had a neighbor that sold new two way radio equipment for a local dealer. He had a customer that wanted to buy 100 new radios but he wanted to use his old radios as trade-ins. Well, his dealership didn’t take trade-ins.It turns out at the time most dealers didn’t. He knew I sold on Ebay a little and he really wanted to get this deal done so he asked if I could help him sell the used equipment. Now I knew absolutely nothing about this equipment but this isn’t the first time I jumped into the unknown. Well it turned out they sold pretty well and we made a pretty good profit and he completed the deal. So my entrepreneurial mind started churning and I told him that I thought this might be a great opportunity to make money. He could be the expert, get the trade-ins and I could move them. He said,”no,there’s no way that would work and he wasn’t interested”. I was disappointed but I didn’t know anything about it. After that he and a few of his colleagues came back to me but not enough to build a business and I kind of put it out of my mind. Then one day I find myself in what I thought at the time was a catastrophic situation and I had nowhere to turn.

Through a series of things I found myself in a scenario where I owed the government somewhere around $75,000. I didn’t do anything illegal but it certainly involved stupidity. The specifics aren’t important to this story. Anyway, I found myself talking to the government a lot and they finally came with what they thought was a fair resolution. All I had to do was make payments of $3000.00 a month. Now we were just normal people working normal jobs and we couldn’t fit $3000 in our monthly budget anymore then we could pay the whole amount off. So at this point I had one of two choices. Curl up and die or think of something quick. Well the only option I had was to try and turn selling two way radios into something. But again I knew zero about the business. So I started hustling.

It was slow at first as I learned some of the ins and outs of the game. But I leaned on a lot of people around the country to answer what I know now were pretty simple questions. I started sourcing large quantities of two way radios from government agencies and large companies and frankly finding product was much harder than selling it.

Now I had no money to buy large quantities so I had to move them quickly and often times before I even bought them. A very precarious situation. I couldn’t afford to sell one or two at a time. So if I had 100 radios available I needed to get them all turned right away. I joined some message boards and built an email list. I would find product and make an offer. If they accepted I said I would send them the money and get the deal done in a couple of days. I immediately went to the message boards and my email list and pumped the hell out of my potential buyers. Now I was offering the best prices in the country but still making 100% on my money. They would pay me. I would pay my supplier and get the items shipped to me. I would process them and ship them out to my customers. Now this is not the preferred way to do business but I literally had no other option. It was very hard at first but it started to work. I started to get some notoriety in the business. Buyers loved me and other sellers hated me. But at that point I was more concerned with my family. I ended up moving a lot of equipment and even the other sellers warmed up to me because I would often have things they needed and they still had some room to make money, so they came to me frequently.

Once this started rolling I was making pretty decent money. I was literally selling 2000-3000 units a year. There was a lot coming in and a lot going out but I was making enough to cover my $3000.00 a month and then within a year or so I was able to completely pay the debt off. I gotta tell you it was a lot of work, a lot of stress and a lot of hustling but it was a relief when it was finally over.

My wife and I were talking afterwards and she said that this was absolutely the worst time of our life. I had to agree but then I started thinking about it. Somehow we came up with a way to fix what looked like an insurmountable problem. When it was done we were left with viable and thriving company and now we could actually start putting money into our bank account. Wow we just increased our family income substantially.

The thing is without that adversity I’m certain I would have never have put the work in I did and I certainly never would have taken the risks I took. But there is nothing more dangerous than a man with nothing left lose. I had no idea I could pull something like this off. But the most important thing I learned was that now I DO know I can do it. I tell people that anyone can earn a living. But when you learn how to MAKE money, that is the game changer. Once you realize that you can do it and do it in a big way then the world is an entirely different place for you and every opportunity has possibilities. Now as I write this I am not looking for or expecting accolades. Because this was all birthed out of stupidity. But now, after the fact I’m glad it did. The true point to the story is that you will make mistakes and you will have failures and the average person will just quit. But if you address the issue, think, work and hustle you may find that it was the best thing that ever happened to you. Maintain your confidence, be creative and keep pushing forward. 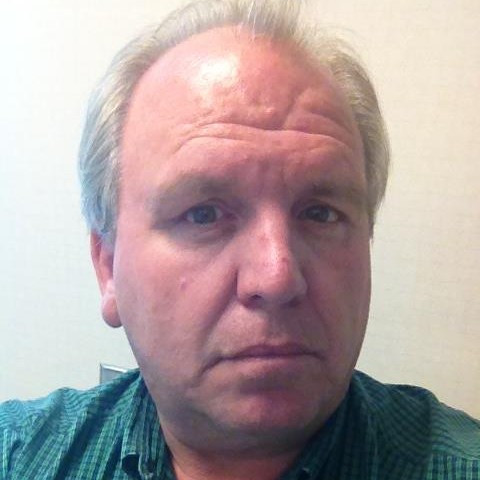 Mike Mauren has worked as a radio broadcaster and producer for over 30 years. He has sold online for 15 years. He currently works selling wholesale, liquidation and closeouts.

New to Amazon, or not yet an Amazon seller?

Read the article:
How to sell on Amazon
Page load link