When I was still fairly new to selling on Amazon (around 2011 I think), I bought a Dell Axim PDA and a Socket laser scanner, got a subscription to aSellerTool (Amazon database download), and took off down the road to see what I could find with my new (outdated) technology.

There was a community yardsale in a  neighborhood down the street. I stopped at a house and was looking at the one textbook on the table when I heard someone ask “Do you have any more textbooks?”. I turned around and saw a man and woman with their hands full of textbooks that they had just picked up from that same table that I was now standing in front of. I missed getting them by mere minutes.

The homeowner, when asked if she had more textbooks replied – “Sure – Let me go get them for you” and she proceeded to bring them a whole bunch more. *sigh*

The one on the table that they didn’t take – marked $0.25 – didn’t have a scannable barcode, so they left it there (they were using a scanner as well). I decided to look up the ISBN manually, and to my surprise – it was listed for $92 on Amazon. BOOYAH! I bought it without a second thought.

And it literally sold (for $92) almost as soon as it was checked in at the Amazon warehouse! I wonder how much money the people made who left that one on the table. I know how much they didn’t make that day. For an extra 30 seconds of work they could have gotten that sale instead of me.

At the time I am writing this, it is textbook buying season. School is ending, and college students are getting rid of the books that they spent hundreds of dollars for a few short months ago. Here are a couple of tips for those of you who participate in the madness:

Scan everything – it only takes a couple of extra seconds to scan it, even if you already “know” it isn’t profitable. Maybe you are mistaken. Maybe a large university has added a new course and this is the book the students are required to purchase.

Make sure you can sell it – Amazon is restricting a lot of textbooks right now. If you can’t sell it on Amazon, sell it to someone who can. Or sell it on eBay, or another channel. If you are using a desktop of laptop computer, you can easily check Amazon restrictions with the AZInsight Chrome browser extension.

ASK! – You never know what Textbooks they have in the back room or in the basement unless you ask.

Anybody still use Dell Axim PDAs and Socket Scanners? 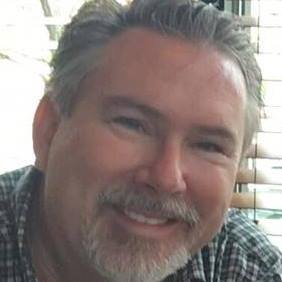 Greg Purdy is the founder and co-owner of Seller Essentials, the resource website for all things Ecommerce. He lives in Maryland with his wife and children.

for more resources, tips, and strategies to help grow your online business.

Success! Now check your email to confirm your subscription.